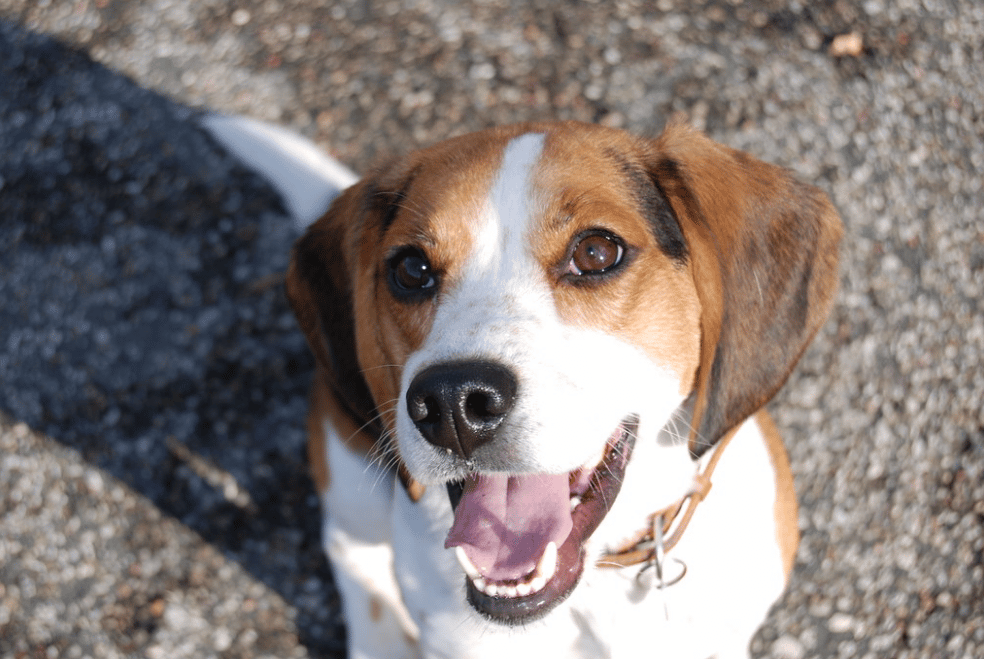 Families of the Chinese diaspora did not own dogs back in the 80s and early 90s. To my parents, dogs caused allergies and were messy. With the exception of one summer when we temporarily fostered a purebred Beagle named Tanner, the thought of asking for a dog growing up was unthinkable.

Finally, My Very Own First Dog

Tanner had a real influence on me, because nearly ten years later, living in Toronto, I would adopt my own Beagle and finally become a dog parent. The office manager at the company I worked for at the time was peppering me with rescue dog listings every day. One morning, Duke the Beagle’s listing crossed my inbox.

Not knowing anything about anything at the time, I was amazed to see a pure-bred, CKC registered Beagle in rescue. I thought back to Tanner and how awesome it would be to actually get to keep the dog I rescued this time!

I also thought that pure-breed dogs in rescue must be rare (ha!), so I quickly forwarded the listing to my partner, and that night, we discussed the economics (yes, we could afford doggy daycare every day, and a large budget for veterinary bills, food, insurance, everything!). We applied and were approved, and in very short order, the date was set to meet Duke and pick him up from his current owner.

Duke was owned by a hunter that kept him outdoors with multiple Beagles. He lived in a concrete floored kennel, kept in with a chainlink fence, and he had an uninsulated, unheated wood dog house he shared with his hunting mates. The owner was rehoming him because he wasn’t a great hunting dog, although he also said he didn’t get along with the others in his pack.

As an outdoor dog, he smelled absolutely terrible. He loved hunting though, because when we took him out of the kennel, he immediately dragged us to the hunter’s pickup truck trying to climb into the tailgate. He probably only knew two things – waiting in the kennel, and going to hunt.

Today though, he’d be riding on the inside of our car with the passengers and moving to King West, and because he stank so badly, we went straight to the local doggy spa to get him washed and cleaned up.

I felt a tremendous sense of responsibility for Duke the moment we signed the paperwork and he became ours. I fell in love with him immediately. How could this be? It’s like there was a spot in my heart waiting for him to plug into.

I Did Everything Wrong

The first month or two of having Duke was the “honeymoon” period. He was excited to meet dogs on the street, (he’d spin in circles whenever one approached, and loved playing with them). We introduced him to many of our friends and neighbours and he got along with everyone. The rescue had told us to take obedience classes, and we were given the instructions to “go to places that train with food”, so we took him to classes at Who’s Walking Who (in the Distillery District at the time).

But during that time, I made so many mistakes.

Two days after bringing him home, we were walking him and going for groceries at the Liberty Village Metro. My partner, Hyedie, went inside to buy groceries while I waited outside with Duke. There was a large white dog (I later learned the dog was an intact male Dogo Argentino) tied up to a post. Duke wanted to go meet him, and I ignorantly let him. That tied up dog full on attacked Duke, latching onto him and biting, causing an ear tear. Duke managed to break away, escaping his ill-fitting collar, and literally tried to scale up a wall to escape. Passerbys were so upset by what they saw. I collected Duke and went home and felt like an absolute failure.

Duke had separation anxiety, so we were taking him to doggie daycare full-time. The first couple of weeks, he pulled to go in, and was excited to see some of his friends. We’d watch as he played with the dogs that were already inside. But over time, we noticed he started getting reluctant to go inside, and eventually he started to anchor and refused. Maybe Duke doesn’t like daycare anymore, we thought? (Duh!) We later learned that he was getting into fights with other dogs he disliked in the daycare, and the daycare staff would sequester, muzzle, and admonish him when he got into fights. He was on a citronella collar every day there.

Naturally, it was around this time instead of meeting dogs and spinning in circles into play bows, he started stiffening up, and then lunging and biting at their necks. First it was just on leash, and then it started happening at Trinity Bellwoods off-leash. He instigated a fight, chasing a French Bulldog. The Frenchie’s owner picked his dog up to shield him from Duke and when everyone was separated, we discovered that Duke caused a facial puncture to the Frenchie. Owners were mortified. We left the park in tears.

People gave us advice. Our dog walker loaned us his entire DVD set of Cesar Milan. To us, it sounded like a bunch of pseudo-science so after an episode or two, we tossed it. I bought a few books, one of which was so ridiculous, it had us eat food from his bowl before he could eat as part of a rank reduction program (Duke looked really sad, he loved food). Our vet (at the time, he was a terrible vet!) told us to pin him and make him submit. We tried that advice that night. Duke was a good boy – instead of biting us in the face, like most dogs would, he just cried. We stopped right away and felt like absolute trash.

I remember feeling extremely conflicted. I loved Duke so much, but he was causing us so much stress, and became a source of conflict between Hyedie and I. We argued over him and his reactions while on walks, and the dog fights at the park.

Fortunately, some of the advice we got was good! We met Julie Posluns at the park (now, the founder of Cat School), who at the time, was a full-time dog walker, and she taught us how to strengthen and reinforce Duke’s recall, so we could cue him to come back to us before he got in trouble. She also taught us how to teach him to fetch (give him a treat for bringing the ball back, duh!) which also gave him alternative behaviours to do while exercising at the dog park. 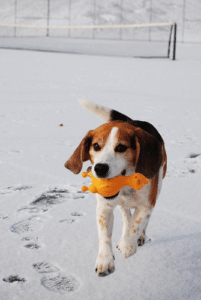 Around that time as well, the office staff at Who’s Walking Who referred us to Joan Weston, who we hired for a consult, where we learned about counter-conditioning and the value of a ziploc bag of boiled chicken breast. We also picked up Calming Signals by Turid Rugaas, so we could understand what Duke was saying non-verbally, and also Feisty Fido by Patricia McConnell and Karen London– the first of many books that I would order from Dogwise.

Progress wasn’t linear, but there was no question that by learning more, and training properly, Duke was getting better. We also tackled his separation anxiety, in a systematic fashion, and we were able to leave him loose in the home without incident or destruction. Walks in King West became enjoyable again, and we were able to bring him back to two more levels of group classes.

(In the 2007 training video above, despite the fact that my marker timing was off, my mechanical skills were sloppy, and I was training Duke in an over-threshold state, he still improved!)

But, always wanting more for him, I kept learning, kept studying, and kept searching. Eventually that led to my decision to enroll in the Karen Pryor Academy Dog Trainer Professional program in 2009, and the rest is history.

I founded When Hounds Fly so that pet parents who end up caring for dogs like Duke get the best information as fast as possible, and can avoid making the mistakes I made. This is why I wrote (and we give away for free!) our Manual for New Foster/Adopted Dog Owners. If I had read it the day I picked Duke up, I wouldn’t have put him in many of the situations that likely caused him to become dog aggressive in the first place.

And for those that feel that same conflict – unconditional love for their dog, but a ton of stress and frustration, and the resulting feelings of guilt, I want them to get the right information right away, and not waste even a single day reading about dominance, rank reduction, or aversive training methods. This is why I recorded (and give away for free) a 90 minute webinar on Leash Reactivity. I know it has helped already, because I get emails and DMs from people thanking me for releasing that information, and that it’s already helped make their walks more enjoyable again.

Our team has done thousands of 1-on-1 lessons to help reactive dog owners over the last decade, and the next step in our plan is to launch Reactive Dog group classes in Spring 2022. Reactive Dog group classes require a lot of space and resources, and When Hounds Fly finally has both the space and the people to make it happen. Duke would have really benefited from them.

Thank you Duke, for being patient with me. I knew nothing the day you entered my life. I did the best I could for you. I’d do it again in a heartbeat (and much better this time). I love you and miss you every day. 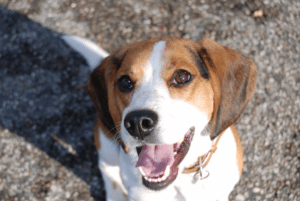