This service is provided to help dogs that  are struggling with reactivity, fear, anxiety, or aggression problems, such as:

The When Hounds Fly GETS Process for Behaviour Change is our system for working with our clients to support them through their journey of employing humane approaches to change behaviour in their dogs. 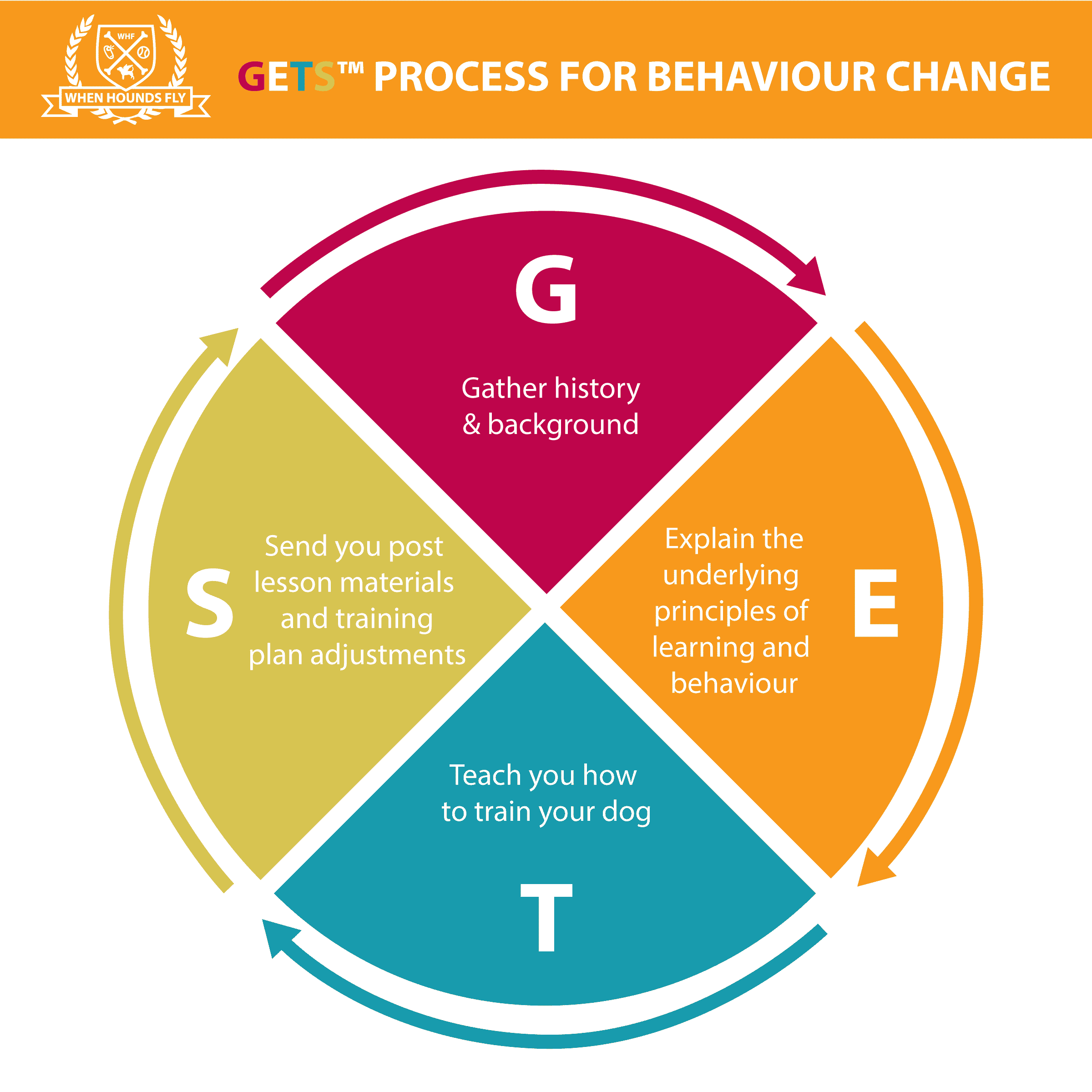 First, Gather history and background to understand the antecedents contributing to the behaviours of concern. Our clients complete a comprehensive Canine Behaviour History Form, and during the first appointment, we review it together to confirm understanding of the critical contributing factors.

Second, Explain the underlying principles of learning and behaviour that reinforce the behaviours of concern, and how you’ll change these behaviours over time.

Third, Teach YOU how to teach your dog! The journey will require consistent effort over time, and if we do our job correctly, you’ll have the skills you need to see it through.

Lastly, Send you post-lesson followup materials, and adjustments to your training plans until we see you for your next lesson.

Our Values and Methods

Our organization adheres to the guidelines found in the Humane Hierarchy, which has also been adopted by many organizations such as the CCPDT.

Rest assured, you will not find these kinds of techniques or tools in our training plans:

Our team is growing and we strive to offer you fast turnaround from inquiry to your first booking. In a few cases of very severe aggression or anxiety, clients may need to book farther out for a senior instructor. 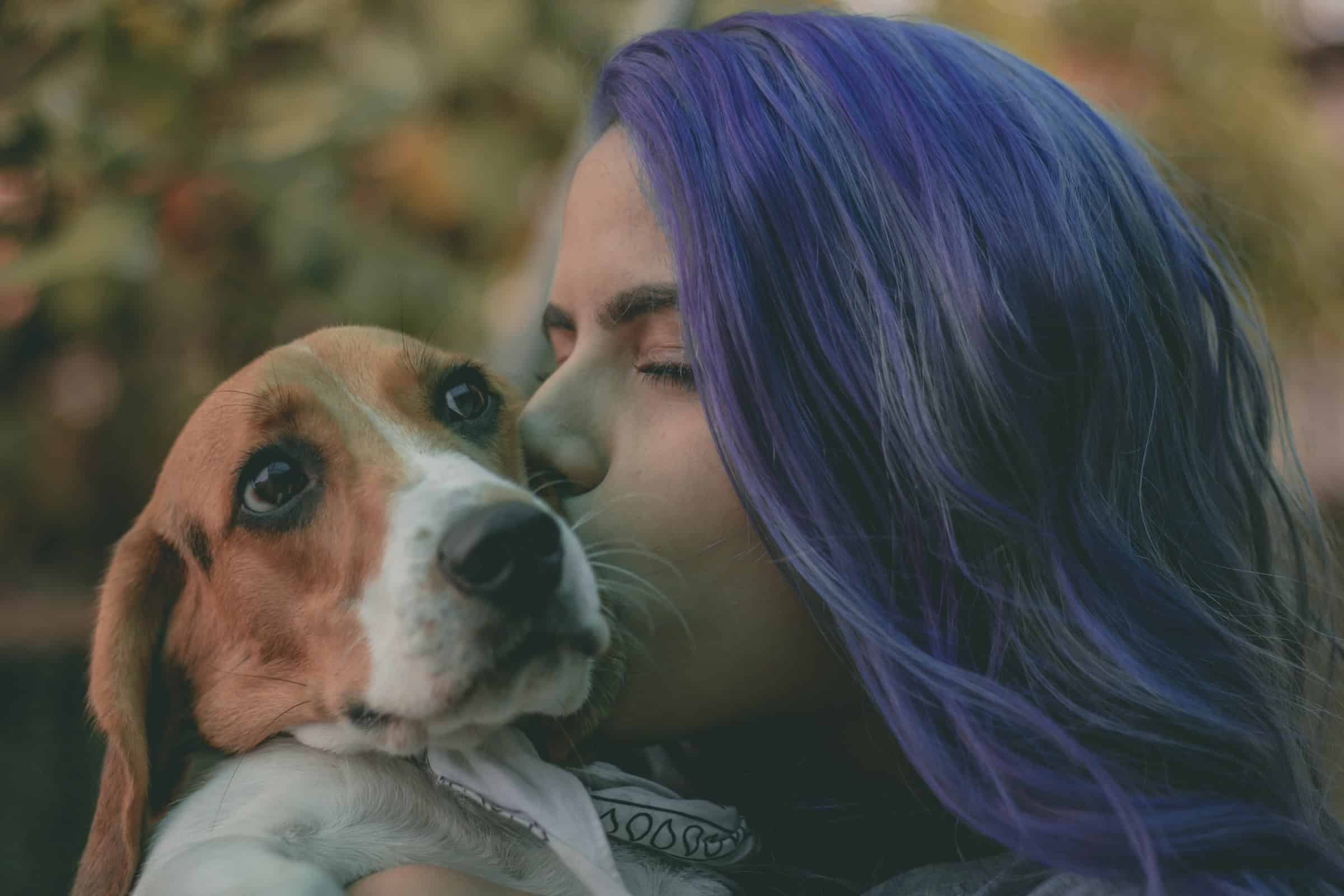 A year after our private sessions with Andre, our beagle Jake sits on our front porch and watches dogs walk by without aggression — dogs that used to set him off on sight at any distance.

We continue to use food rewards on walks and have reduced fear-aggression responses to a rarity. He no longer guards the porch when the postman, delivery people or friends approach.

Can’t tell you how grateful we are for Andre’s sound advice.

In-person lessons are available as follows: 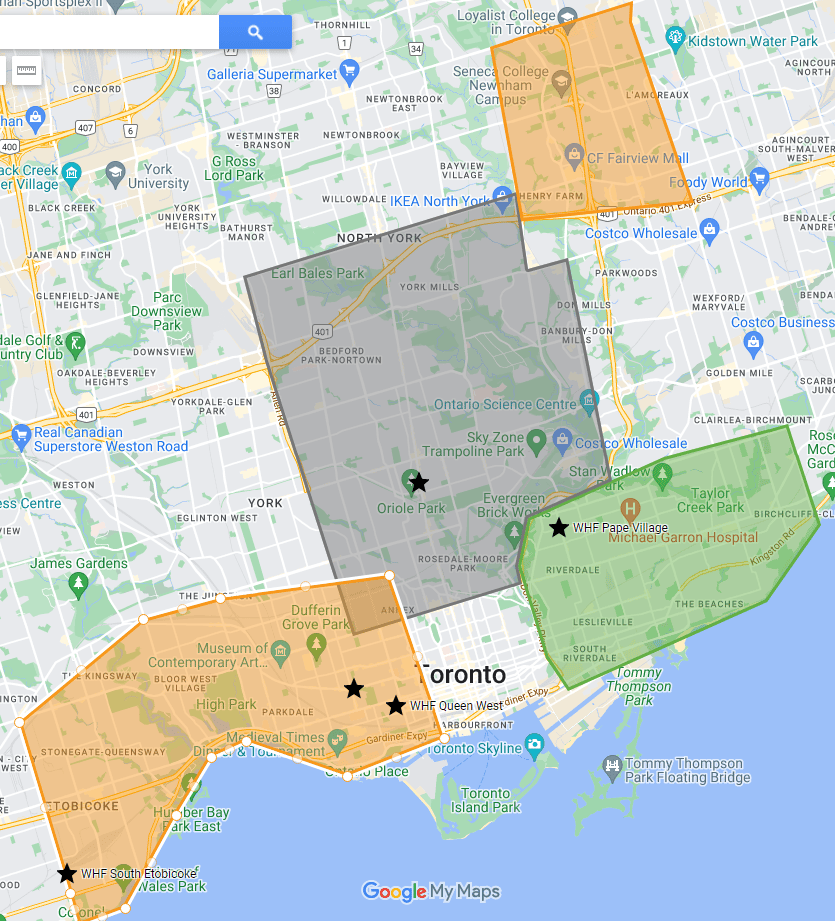 West End: Bordered by Davenport in the North, Spadina to the East, Kipling to the West, to the Lakeshore.

Midtown: Bordered by Sheppard to the North, Don Mills to the East, Bloor to the South, Allen to the West.

East End: Bordered by O’Connor/St Clair to the North, Birchmount to the East, Broadview Avenue to the West, to the Lakeshore.

Around Fairview Mall: Steeles East to the North, Warden to the East, Leslie to the West, south to the 401.

In-school lessons are available out of all of our 5 locations (Pinmarked on the above map). We are happy to work with you at our facilities if you are outside of our service area. 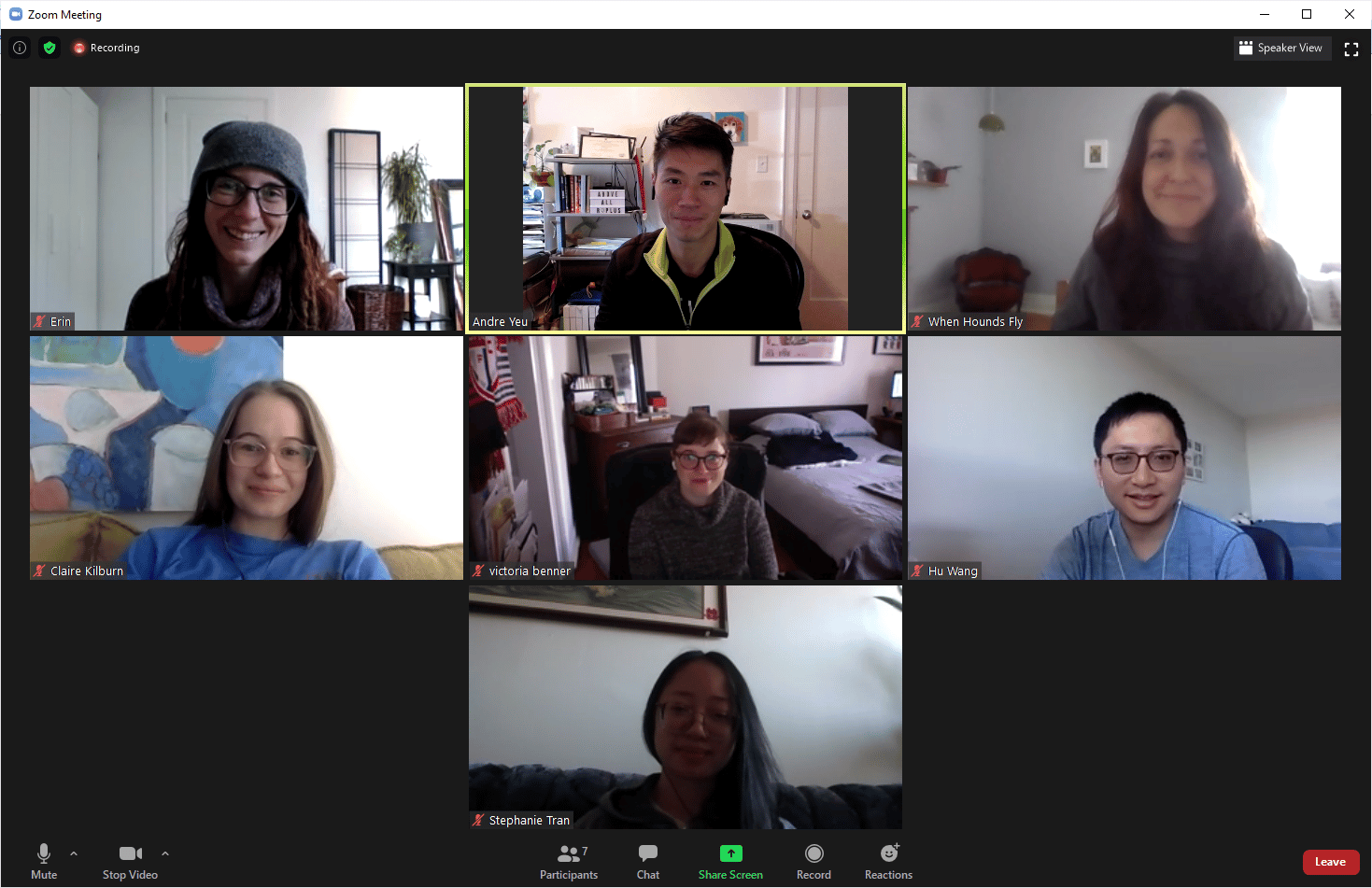 We are a team!

Working with When Hounds Fly means you get many experts working behind the scenes to help you succeed.

We hold weekly case review calls where we review our current cases and brainstorm as a team for best practices to bring back to our clients.

Our most senior instructors have 10+ years experience each, allowing our whole team to leverage our collective knowledge. Why hire one trainer when you can work with a team? 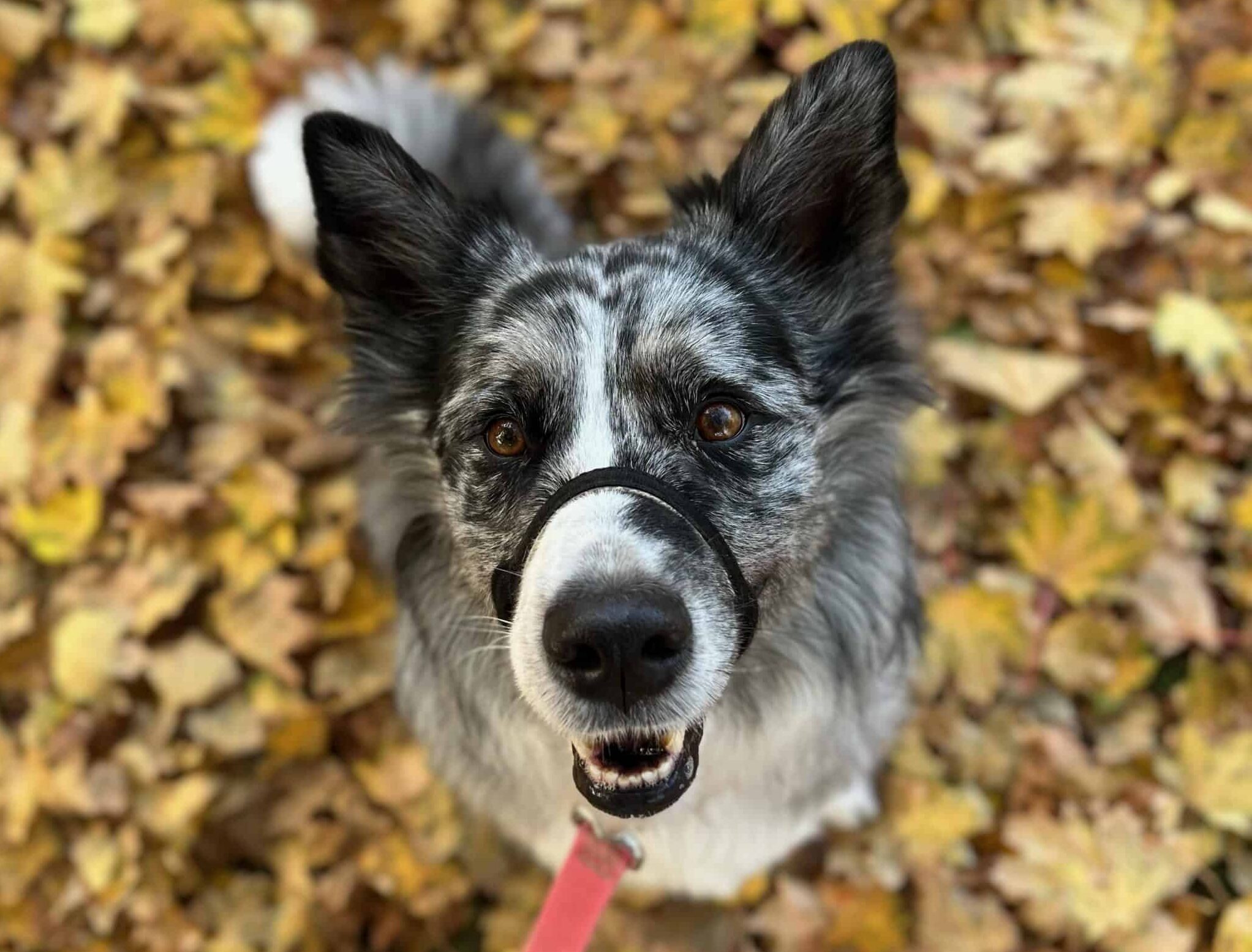 Indie is still working through some of her anxieties around meeting new dogs and kids, but it has seriously been a HUGE difference since we started working with you.

Everyone that knew her from before makes comments about how she’s a different dog.

It truly is amazing! Thanks!

For behavioral breakthroughs with reactivity, leash walking, recall, and more… 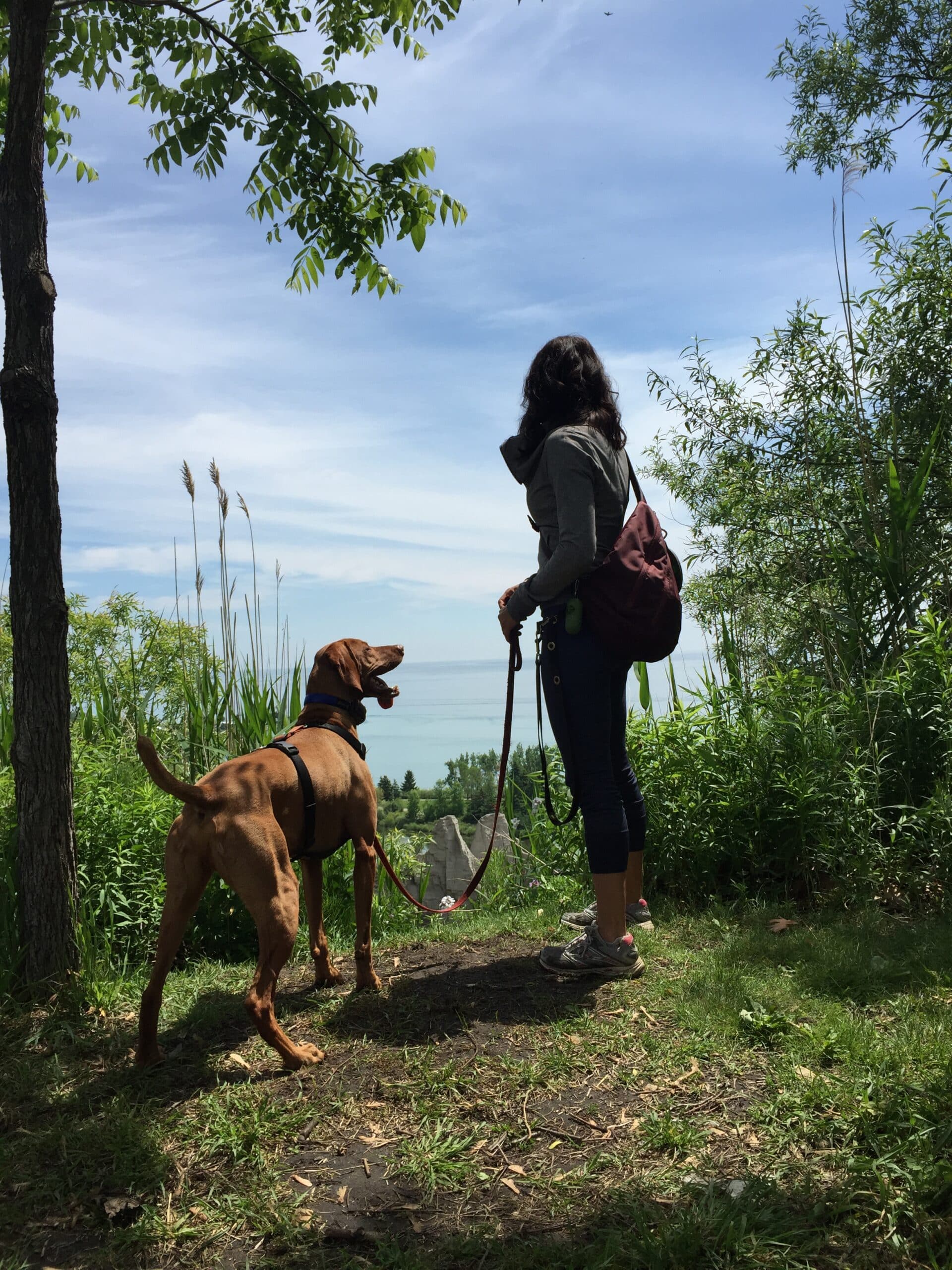 To achieve breakthrough improvements, each of our instructors accepts a limited number of clients for Intensive Coaching.

By booking multiple weekly lessons for a period of four weeks:

Examples where Intensive Coaching could help:

Our clients who sign up for Intensive Coaching see rates of improvement that wouldn’t be possible if they did it alone, or only saw us once every couple of weeks!

Ask your instructor about adding on Intensive Coaching! 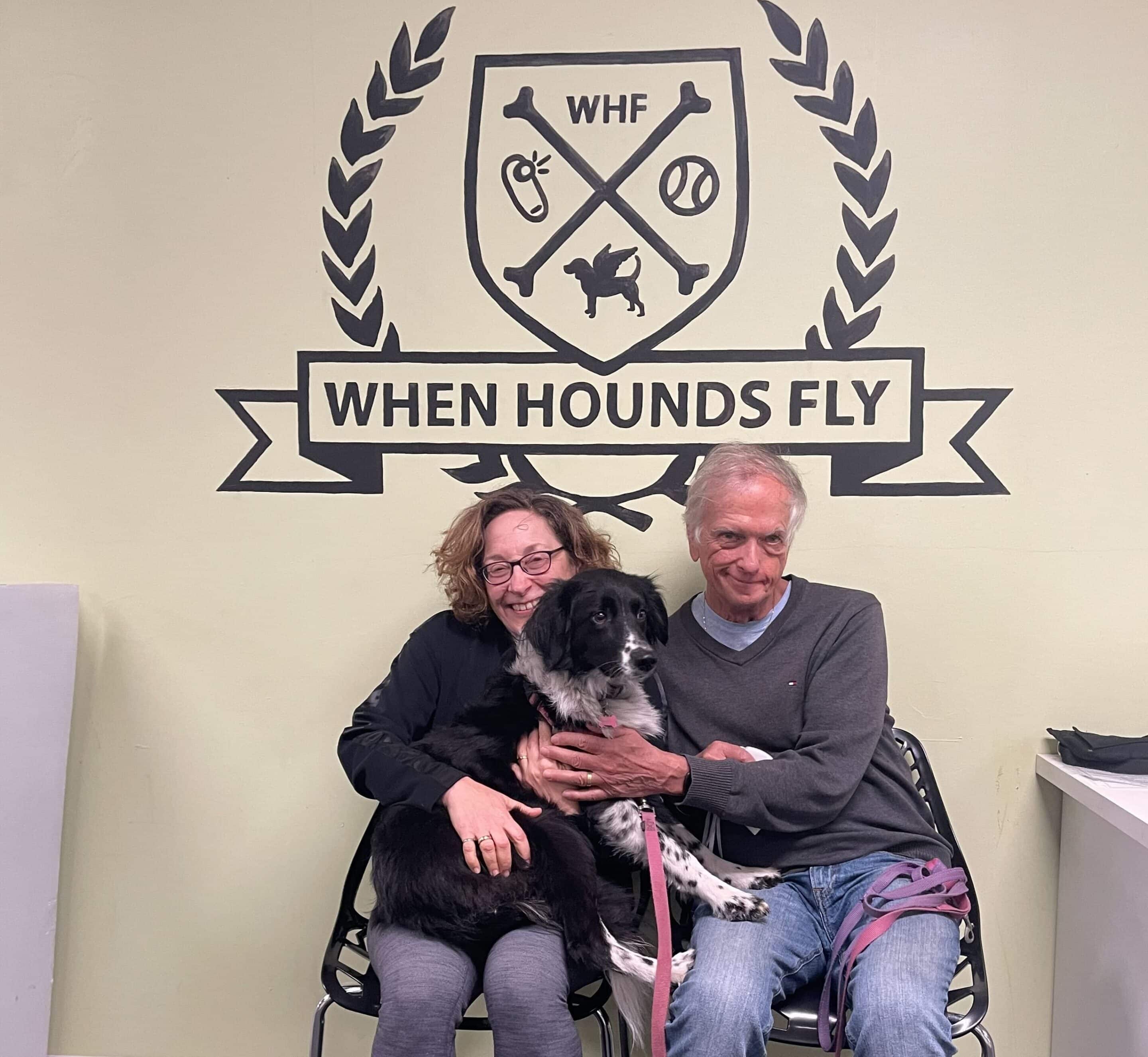 Lady is a rescue from Texas. When we first got her, she was afraid of everything!

I’ve helped rescue dogs in the past, but I had no idea how to work with a dog that was afraid of her own shadow.

Working with Anita has been such an incredible experience for all of us. She taught us about asking for Lady’s consent, and she was’t hung up on all the rules of what you should and shouldn’t do. As a result, Lady became much calmer in the house.

Lady continues to surprise us every day. Last week, she confidently waltzed into class, tail wagging, to greet Anita.

What we’ve learned may seem obvious to you, but we really appreciate everything.

Please note, availability of senior vs. master level instructor varies by location and if you have a specific request, we may need you to travel to a specific location for your lesson.

For details regarding class/training policies, please see our Policy page: