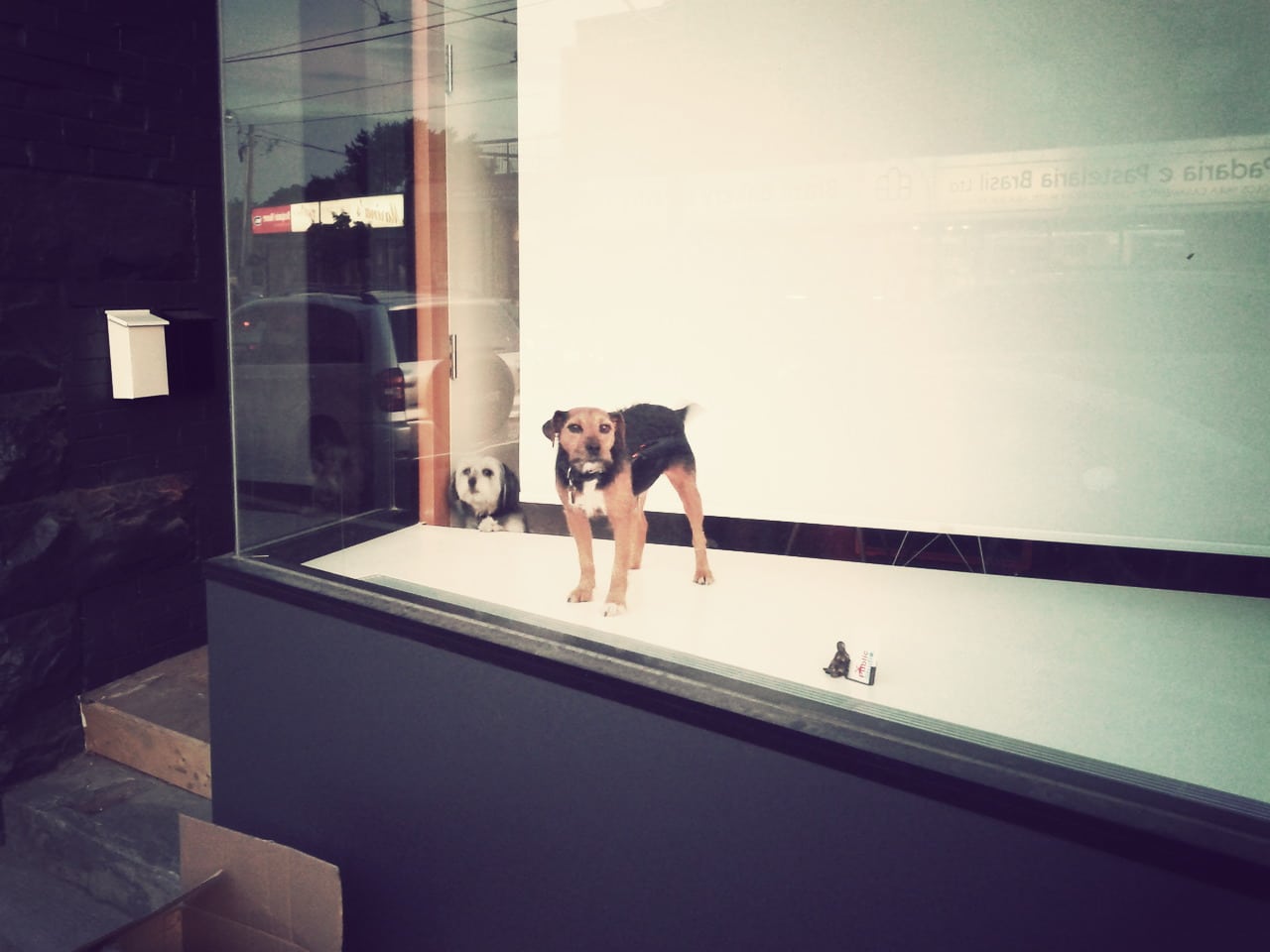 Perhaps you know the house on your street where as soon as you walk by, you are greeted by a frantic and not-so-friendly sounding bark and bump on a glass window? 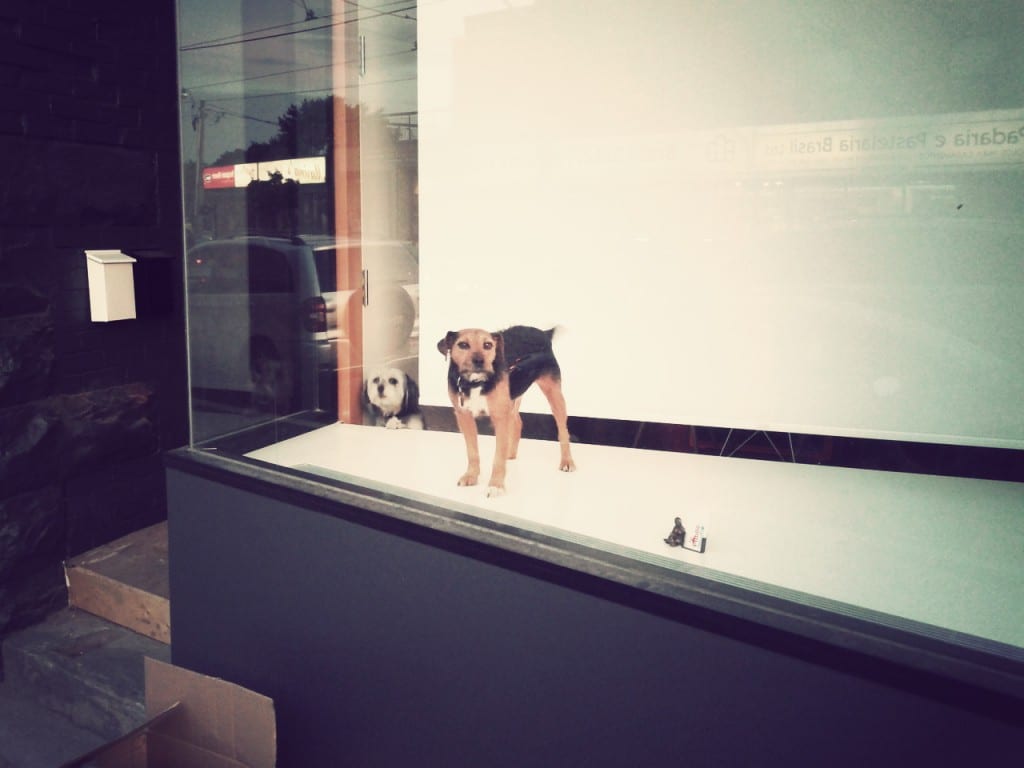 Oh look, there’s that dog – he always barks at us when we walk by this house.

Many owners think that letting their dog stare out the window is a way to let their dog “enjoy” the view while they are left home alone and that it’s a form of relaxation. After all, we love sitting on our porches in the summer and letting the world pass us by, right?

Unfortunately, allowing your dog to stare out windows when unsupervised is potentially a very harmful activity, and in a relatively short amount of time, can cause your dog to bark and lunge aggressively at dogs and people on the street. It also prevents them from resting – they are always hyper vigilant for very long durations, every day, and unable to truly relax and de-stress.

Typically, a well-socialized and friendly dog is given access to their new window ledge in his new home (or sometimes even access to a window in a lower-storey condo). He sees a dog being walked on the street, and gets excited because he want to go visit the dog to socialize. But, he can’t! He’s stuck behind glass. He feels disappointed and also frustrated.

Every single day, he sits at the window, and classical conditioning is occurring. The sight of people walking by causes excitement, and then frustration at the fact he is stuck behind a glass window. Soon, instead of being happy to see a dog and person on the street, he immediately feels frustrated and eventually angry. This is called barrier frustration.

A lot of times, this conditioned emotional response to people and dogs on the street generalizes to not just when inside, but also when outside on a leash walk. Now, the dog that barks and lunges at things behind the window also does this when outside on leash walks.

After months or even years of this conditioning – the frustration builds up to a point where some dogs, if allowed to rush out the front door left ajar, will run out and actually bite someone walking by. After tens of thousands of people and dogs walking by, the frustration has transformed into serious aggression. This is also called “chain rage”, where dogs on tie outs in suburban and rural property become highly aggressive due to years of barrier frustration.

To avoid this problem, never allow your dog to have unsupervised access to look out windows, or even in the yard through fences. Don’t leave your dog in the yard all day while you’re at work. Instead, restrict access when they’re unsupervised through window coverings, privacy film, crating/confinement, or simply preventing access to the room these windows are in. When you’re with your dog by the window or yard, and they notice people and dogs walking by your property, mark and reinforce them with food, play, and praise, for calmly noticing passerbys, so you help train behavior and condition positive associations with passerbys.